Facade made out of rest materials from car manufacturing

The Nemo Science Museum opened its doors in 1997 with a new building in the center of Amsterdam. The building was designed by Renzo Piano and is a popular attraction for children. The recent extension “De Studio” on the Marineterrein is a laboratory for interactive exhibitions and programs. The new part of the Science Museum also appeals to adults.

“The Studio” is housed on an adjacent old military complex. In 2016, bureau SLA realized the transformation of one of the former naval education buildings for innovative startups. For the Science Museum, bureau SLA designed a facade of residual material from the automotive industry.

The facade consists of two layers of so called contour plates. The cut shapes are used as parts for new cars. What remains is a 6 mm thick steel plate with graphic patterns. The plates are mounted behind each other and give a cheerful play of lines and patterns. Because the patterns were not known beforehand, the position of the contour plates was determined on the construction site. 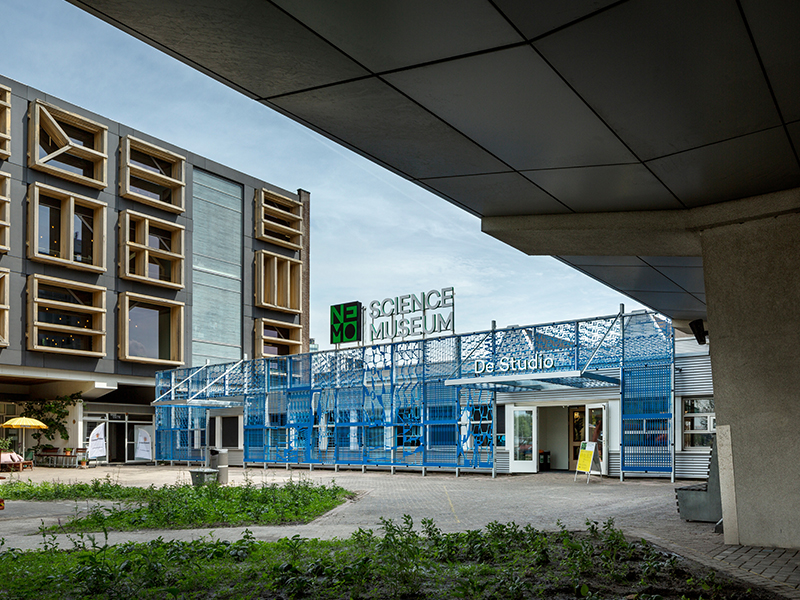 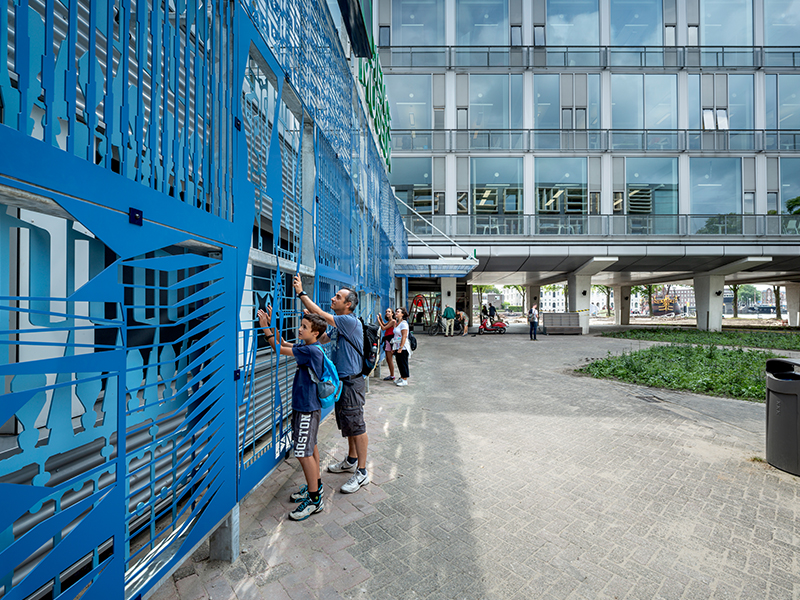 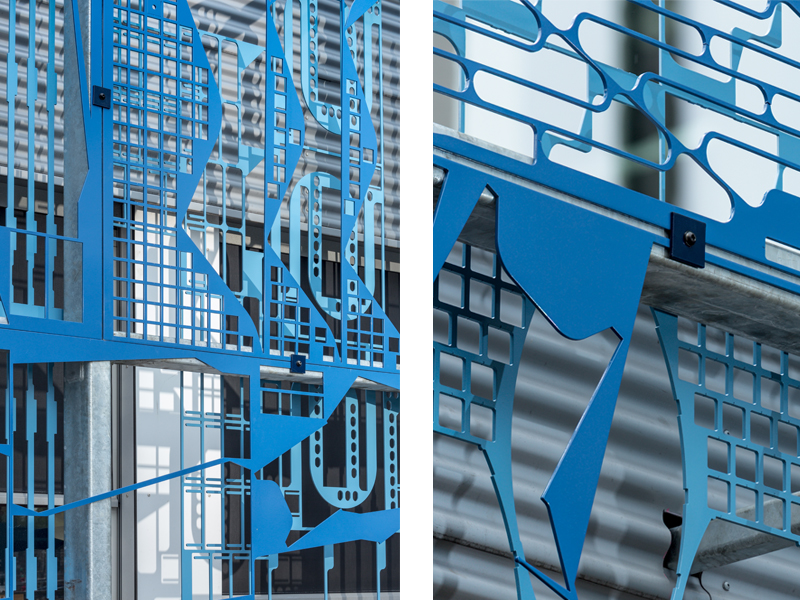 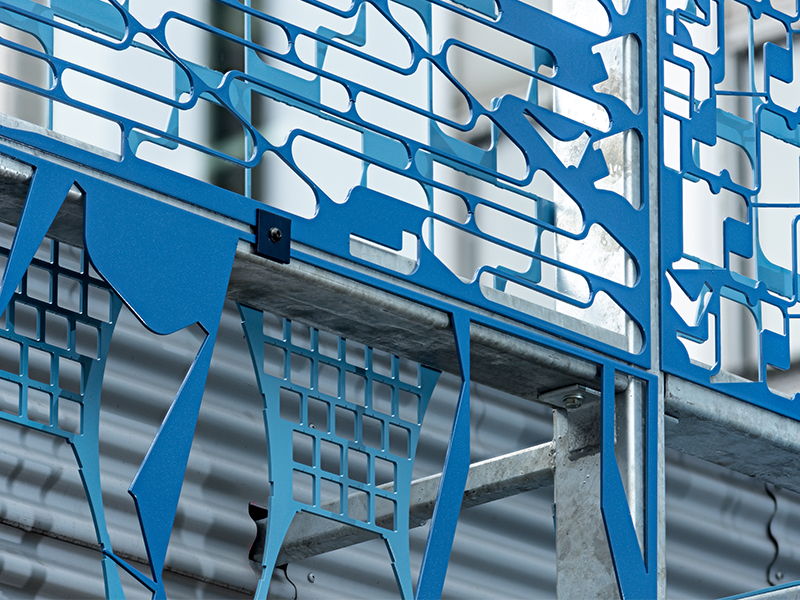 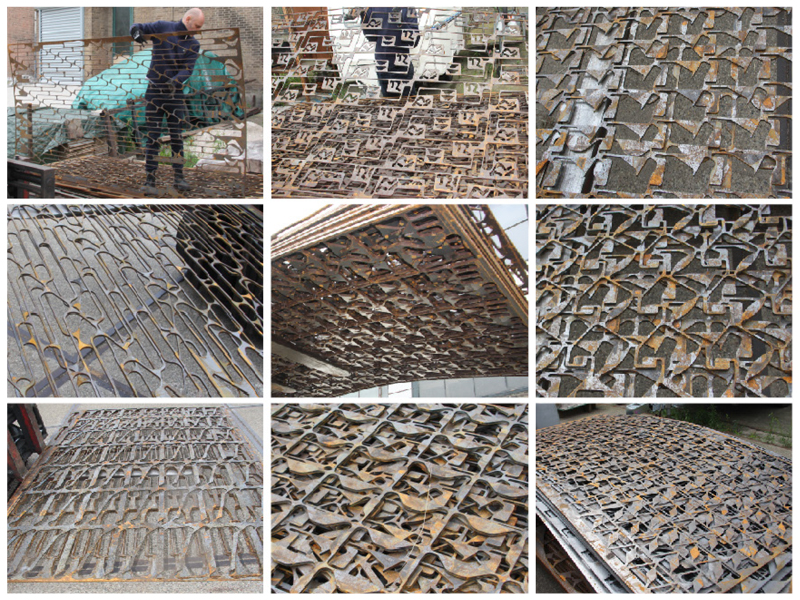 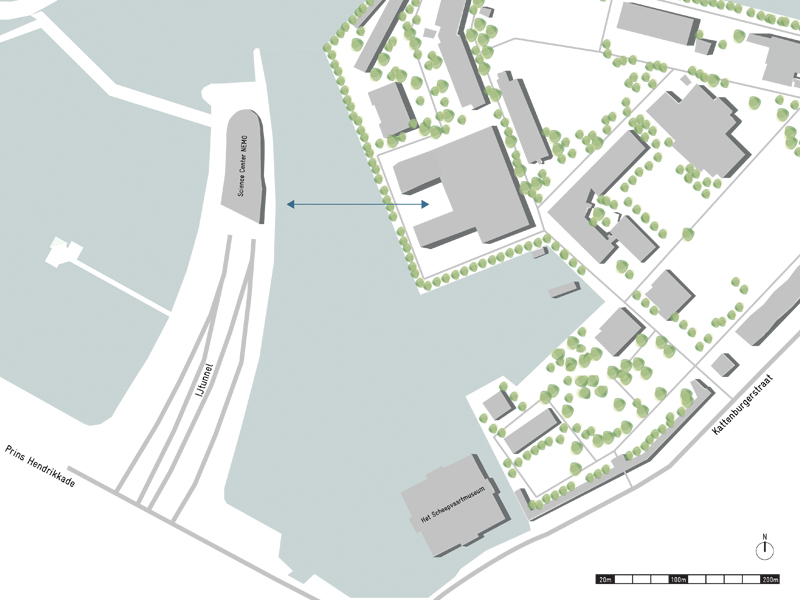 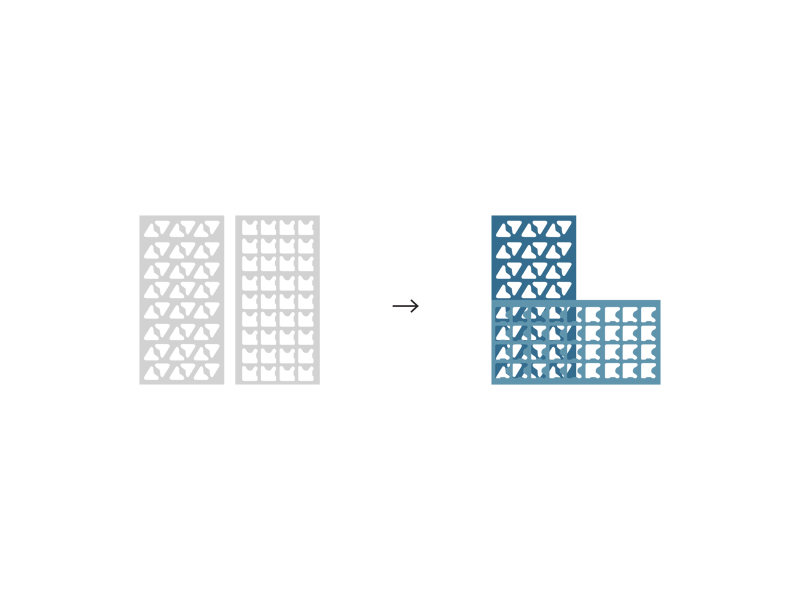 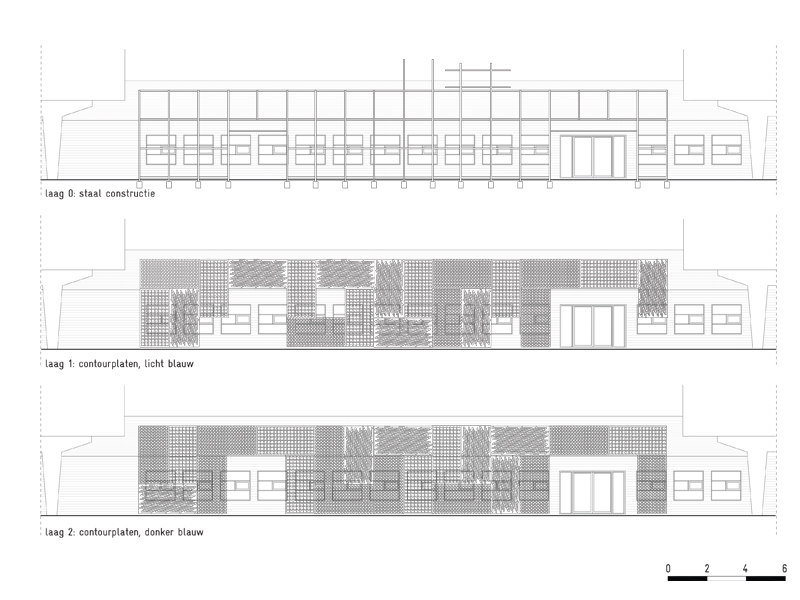 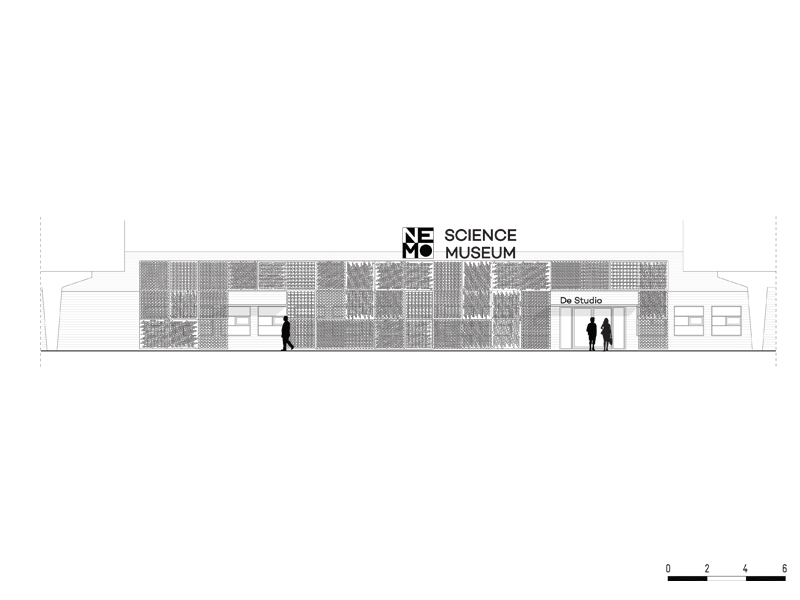